Le Maitre has been supplying equipment to the Emergency Services for over 25 years, with Fire and Rescue Agencies and the Armed Forces across the world finding them invaluable in their BA training and many using them on an almost daily basis.

Pyrotechnics & Special Effects For The Military

A number of Le Maitre's special effects and pyrotechnics are used extensively by the armed forces for their training simulations. The following are effects which have been effectively used over the years. Click on any of these links here to discover more about these products. 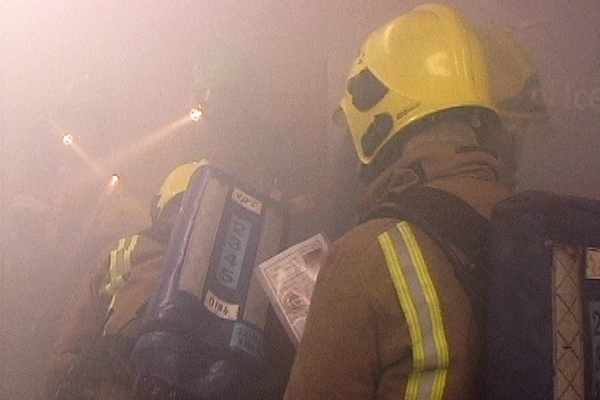 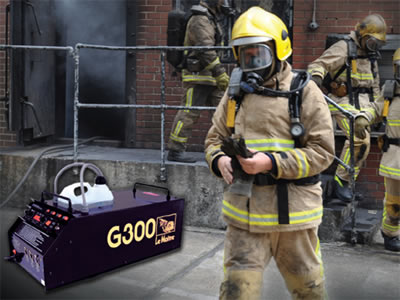 The RESCUE 300 is Le Maitre's high-powered smoke generator specifically for the Emergency Services. It retains all the features of Le Maitre's flagship smoke generator, the G300, whilst simplifying all operational controls and further increasing reliability.

The NATO codified G300 smoke and haze generator is a long standing leader in the industry whilst more recently, Le Maitre has introduced the GForce 1; GForce 2 and GForce 3. These models are ideal for training exercises, being pure smoke generators, engineered with new design and manufacturing enhancements, making them extremely economical. With their powerful continuous output, mechanical failsafe, compact designs and ease of use, each one is a robust, reliable and essential piece of training equipment.

Where a lighter, portable unit is required, the canister-based Mini Mist is the perfect solution, operating for up to 20 minutes unplugged.

All the smoke generators can be used with Le Maitre’s own Industrial Smoke Fluid. This water-based, non-toxic fluid is perfectly engineered for BA training. A combination of mono/polyglycol, glycerol and de-mineralized water, produces a dense white smoke with consistent particle size and a lengthy hang-time, sustainable even at high temperatures.

Le Maitre’s Smoke generators use a low pressure system to produce the safest smoke. The higher the pressure internally in the heat exchanger, the higher temperature the fluid is heated to.  This can lead to molecular charring causing free radicals to be formed.  This in turn can lead to all sorts of unpleasant molecules to be formed.  Whereas with a low pressure system such as that used in the Le Maitre’s machines, the temperature is much easier to control and the units are able to produce smoke that has not been burned at high temperatures. 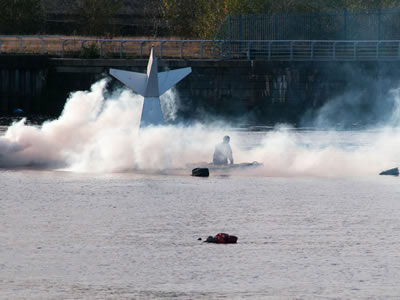 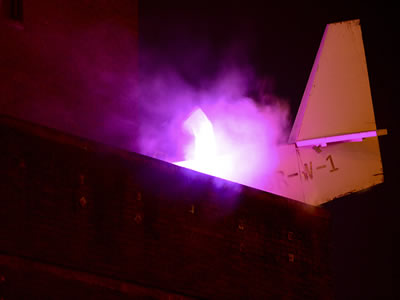 All Le Maitre Smoke Generators use a patented “Layered Block System” called Genesis. Along with this they use a short heating pipe of just 1m which allow the smoke machines to be powered by much smaller wattage heaters than competitive models, but still give immense power. Furthermore, Le Maitre’s heater blocks can be dismantled and serviced or replaced, while competitive a cast blocks cannot, becoming scrap once they reach the end of their life.

“Within Scottish Fire and Rescue we are continually reviewing our operational equipment to ensure personnel have the best available. The fact that we have used the Le Maitre smoke generator since its introduction speaks volumes. From single appliance stations to our state of the art training centre the G300 is not only the only smoke machine we use but the only one we need. As the training officer for Glasgow I need a smoke machine that is reliable, adaptable and easy to use and this is the Le Maitre G300.” George Baggley, Training Officer, Scottish Fire and Rescue