Flash Paper is made from nitrocellulose and burns quickly and completely with a bright orange flame and leaves no ash. It can be used on its own, or in the Flash Guns and Flash Wands.

Flash Cloth is a cotton based material which is stronger than the traditional flash paper, but produces the same orange flame effect with no residue. It can be sewn into objects allowing the designer to create different effects that previously were not possible.

Due to the thickness of the material the burn rate is slightly slower than the traditional flash paper.

Not to be used with Flash Guns or Flash Wands.

Flash Cotton burns even quicker than Flash Paper, creating an instantaneous flash. For use in the Flash Guns, Wands and Hand Flashers. 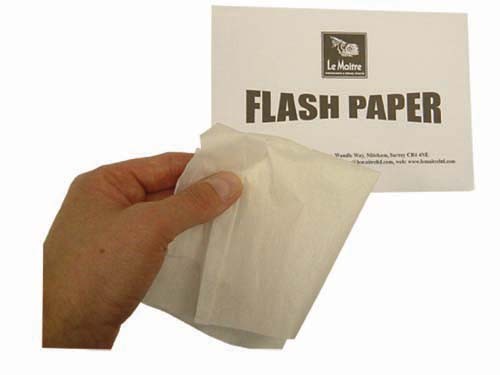