It is advised that no more than 5 effects are fired from one channel, unless the loop resistance can be assured as less than 20 Ohms when powered by mains.

NB: The key switch system used on all our firing systems has become obsolete so we will be changing to a new system. This will not affect any systems already supplied, and we will still be able to provide replacement keys, just not the switches. As normal, a key will be supplied with all new controllers. 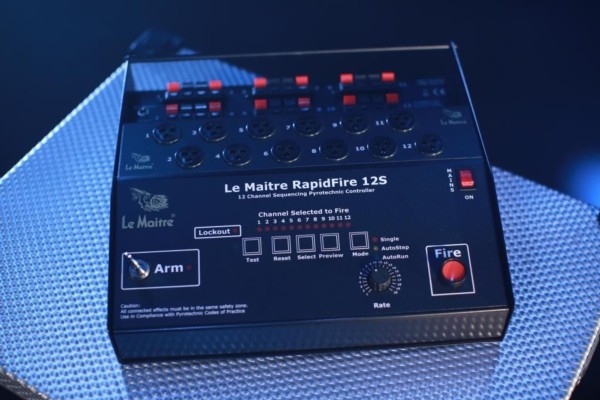