The Salamander Quad Pro is a larger, more versatile system than the Salamander. A four canister system, it can be operated with each canister being fired independently and the option of multiple colours being loaded to provide a truly stunning visual display from a single machine. Firing the canisters sequentially can also be used to increase the duration of the effect, with up to 120 hits in total and each flame reaching around 3.5m -4.5m* in height. Alternatively, all four canisters can be fired at the same time to produce a much bigger single flame reaching up to a spectacular 6m-8.5m* – terrific for stadiums! (*Flame heights are approximate and depend upon fluid colours used)

The new unit also retains a number of key features and benefits from the original Salamander design, including:

A unique firing system which eliminates internal valves and accumulators, thus minimising the chance of the system becoming blocked or leaking.

Canister-based fluids, offering an ideal solution for anyone wanting to create a propane-style flame without the headaches. These eliminate the need for inconvenient external propane tanks, trailing pipes and multiple valves, enabling quick set-up and at a fraction of the cost.

A choice of colours – natural, red and green as well as a choice of fuels – butane/propane (natural canisters) and where the use of propane isn’t permitted, ethanol/methanol (red and green canisters), provide a great alternative solution.

A number of safety features including a safety tilt sensor as well as ignitor monitoring are also incorporated.

The unit is operated through DMX, 5 channels (Ignitor plus 4 Fire Channels), and Ignitor Channel Address can be set independently from fire channels (eg, Fire: 2, 3, 4, 5; Ignitor: 12).

A key feature of the original Salamander is its small footprint at just 204x170x433mm, and despite housing 4 canisters, the new Salamander Quad Pro is almost as compact at just 260x330x433mm. 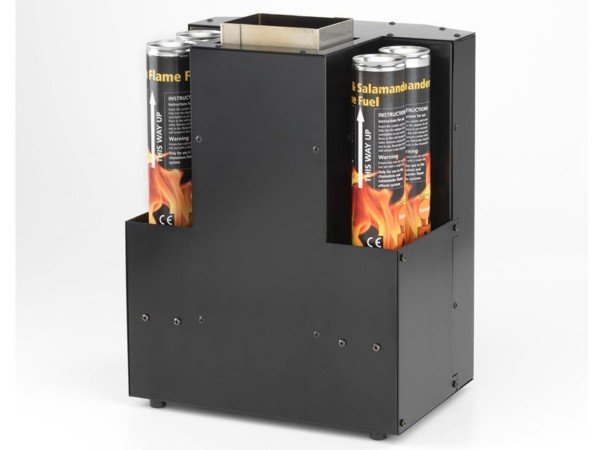 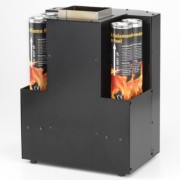 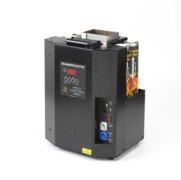 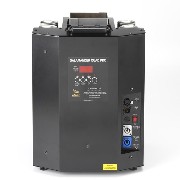 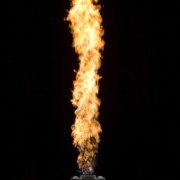 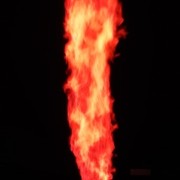 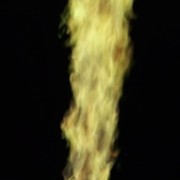 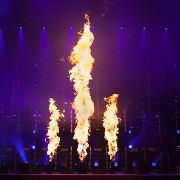 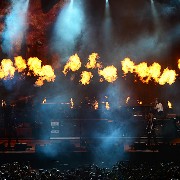 Paul McCartney Out There! Tour 2014